Center in honor of the band’s 40th anniversary. This Tour stop in Austin also includes Dennis DeYoung, performing the Music of Styx (another iconic band of the 80’s). What a great combination!

BOSTON became an iconic classic rock fixture when they joined the music scene with their self-titled album in 1976. With over 17 million copies sold, Boston generated hits such as “More Than a Feeling,” “Peace of Mind,” and “Smokin’,” rock radio staples that are still in heavy rotation today. Their second album, Don’t Look Back was another chart-topper that confirmed their place in rock history, followed by Third Stage, which hit #1 on the charts, with the top single of 1986, “Amanda.” With over 31 million albums sold to date, Boston has stood the test of time.Check out this vintage video from Giants Stadium

Tom Scholtz-An intelligent kid (he went to MIT), Tom is the original founder of the band. In the basement of his apartment in Watertown, MA, he constructed a studio, recorded a demo tape that launched a music career. Ironically, Tom never picked up a guitar until he was 21. He mastered his craft by listening to his idols Jeff Beck, Joe Walsh, Jimmy Page and Ray Davies. Todd Rundgren was the first musician that Tom heard that utilized lead guitars in harmony, and was the spark that compelled Scholz to create his trademark harmony guitar solos. Watch this great interview with Tom.

Top songs– There are so many big hits, it’s hard to decide what Boston’s best songs are. Check out this list http://ultimateclassicrock.com/boston-songs 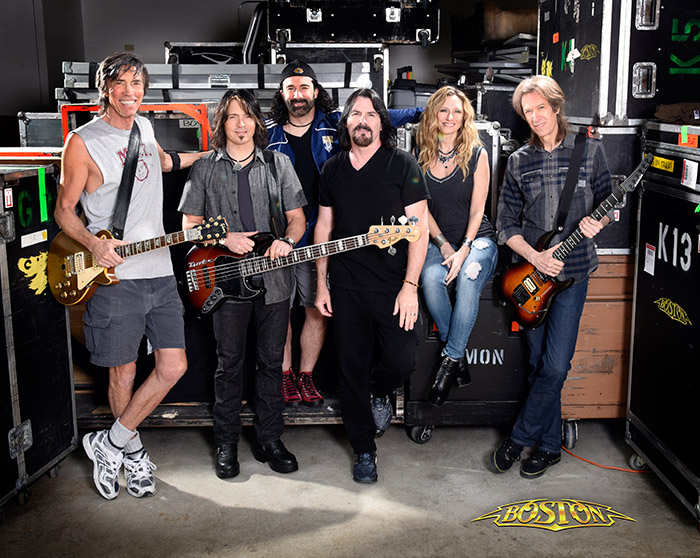 2016 Tour-Get complete tour and ticket info on their website