There were hits for every fan’s pleasure at Little Big Town’s “The Breakers Tour” performed in Austin’s Frank Erwin Center in February. Concert-goers were treated to many facets of the quartet’s versatile musical styles, their extensive repertoire of hits and a few tributes to their influences. There were slower heartfelt hits like “Better Man” and “Girl Crush” and they also covered timeless classics, opening to a space themed set with Elton John’s “Rocket Man” then later visiting a detached smaller rotating stage where a piano was set up to perform Glen Campbell’s “Wichita Lineman” as well as a couple of Don Williams songs. Crowd favorites were the upbeat & energetic songs, such as “Pontoon”, “Boondocks”, and “Day Drinking”, during the latter opening act Midland joined the group onstage. 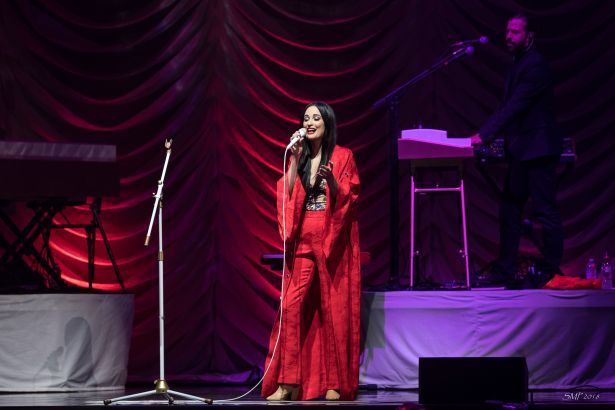 Earlier in the evening, up and coming trio from Austin, Midland kicked off the show from the “island” stage set up in the rear center of the Frank Erwin Center floor. The short set was met with a hometown welcome from the crowd; established in Dripping Springs, Midland’s hit “Drinkin’ Problem” was clearly a fan favorite. Following Midland, Kacey Musgraves fans were treated to an intimate and elegant set of both old and new, unreleased material. The crowd responded favorably to new tune “Space Cowboy”. Her hits “Merry Go Round” and “Follow Your Arrow” were performed on the smaller detached stage, a treat for the rear and center seat-holders.

SET LIST, Little Big Town:
Rocket Man
Drivin’ Around
Pontoon
Happy People
Front Porch Thing
Faster Gun
Little White Church
Bring It On Home
Sober
Your Side Of The Bed
Lord I Hope This Day Is Good/I Believe in You
Wichita Lineman
I’m With The Band
Save Your Sin
Better Man
Lost In California
Can’t Go Back
Rollin’
Tornado
When Someone Stops Loving You
Day Drinking
Stay All Night