Who wouldn’t want to spend a night hanging out with Janis Joplin?  Imagine Joplin traveling through time to sing her hits and, not only talk about her musical influences, but also conjure up their presence to perform for you. That is precisely the format of “A Night with Janis Joplin”, a musical now playing at ZACH Theater. 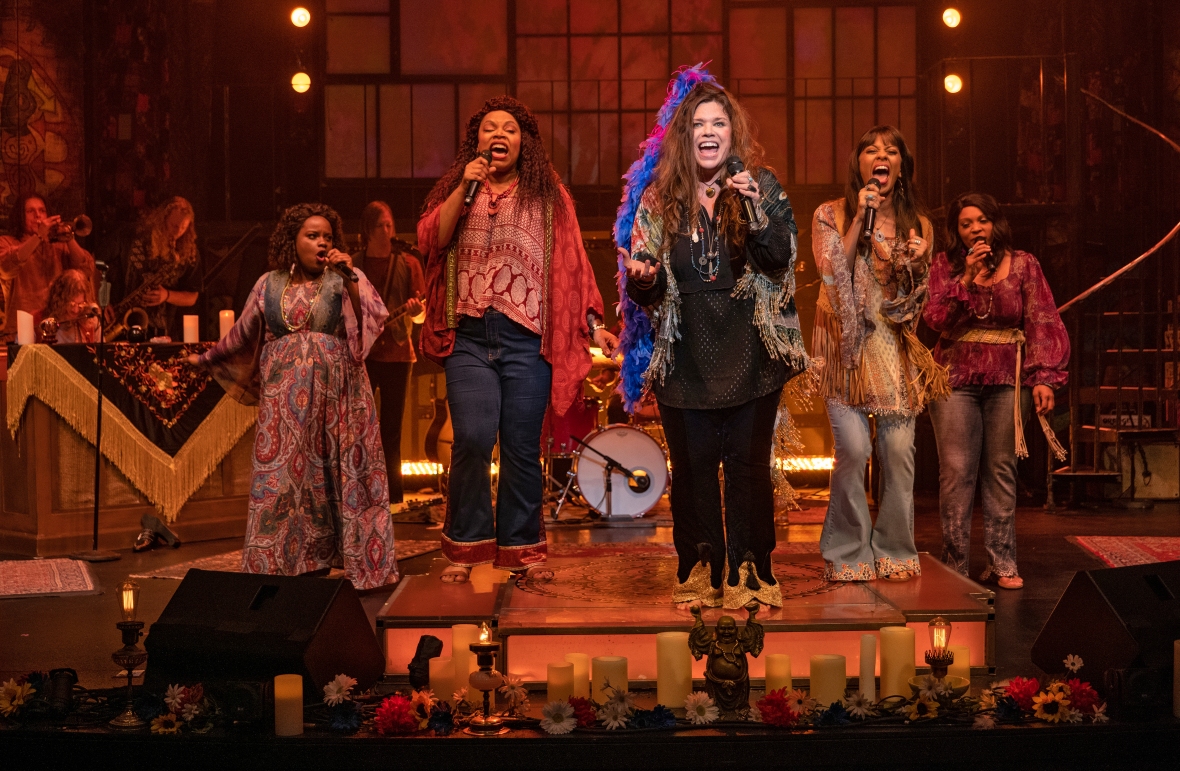 With Joplin acting as both performer and emcee, the show flows like an all-star concert peppered with tales of the great women that inspire her music.  Viewers unfamiliar with Bessie Smith, learn about her humble beginnings, untimely death in an automobile accident, and burial in an unmarked grave (for which Joplin is rumored to have purchased a proper headstone).  Odetta’s emotion-laden voice transforms the world through change-provoking folk songs.  And, the show also reminds us of the weighty impact of the more familiar voices of James, Simone, and Franklin.  Joplin’s sound is rooted in these legends and she would often pay tribute to their efforts.  Fittingly, this musical does the same. 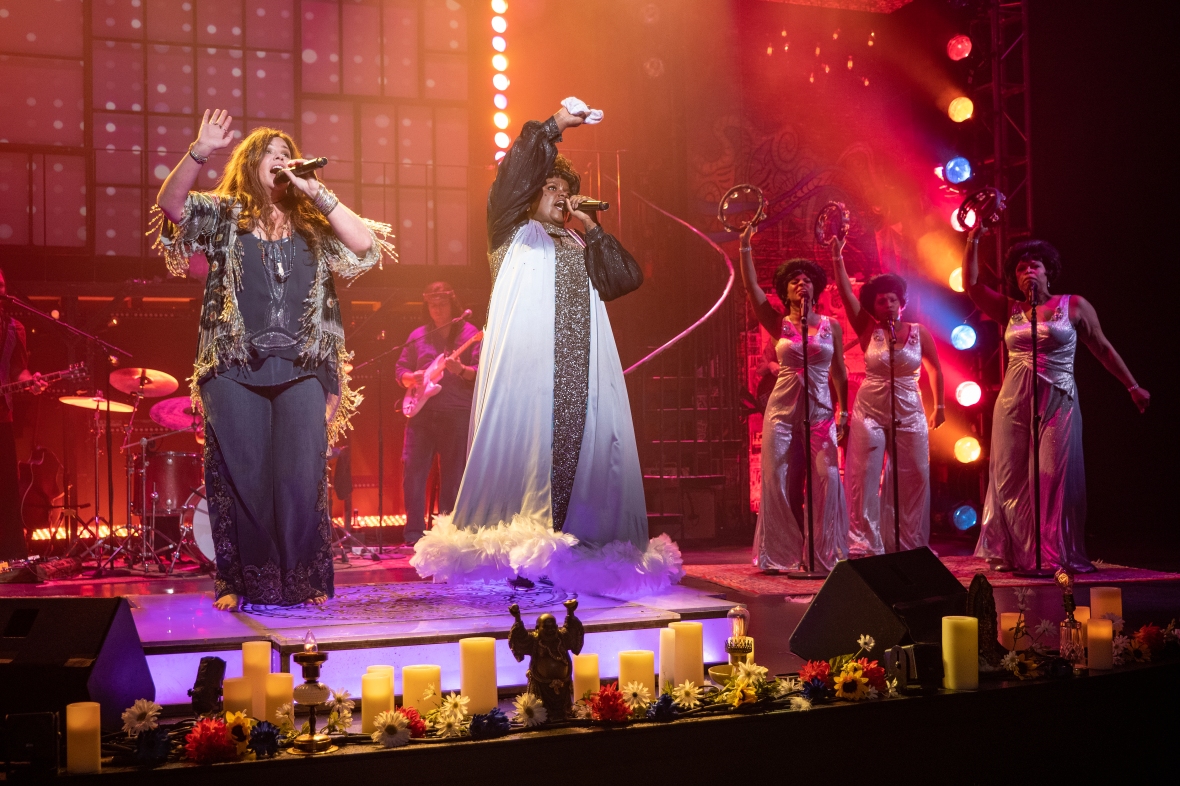 Viewers also gain insight into Joplin’s life. A native of Port Arthur, Texas, she describes herself as a misfit child that initially set out to be an artist.  Joplin’s artwork is projected onto the stage backdrop.  Her time spent attending the University of Texas in Austin is noted along with her frequent visits to iconic Threadgill’s.  The show segues between important moments in Joplin’s life and Davies’ remarkable delivery of Joplin’s most important songs; a performance that earned her a Tony Award nomination.

She nails her unbridled screaming execution of Joplin’s “Piece of My Heart” and the lyrical “Me and Bobby McGee” before concluding the show with an encore acapella performance of “Mercedes Benz”.  The song is delivered from an upper-deck catwalk; perhaps, symbolic of her passing.  Joplin’s dialogue with the audience repeatedly eludes to the artist’s substance abuse and early death, but never specifically delves into her ‘gone too soon’ departure from this world at age 27 from an accidental overdose.  Rather, the show focuses on her musical legacy and the female role models that lay the groundwork for her bold, soulful style.

We recommend booking your tickets now for this vocal-rich ride through musical history.  “A Night with Janis Joplin” is playing now through March 8th at ZACH Theater.