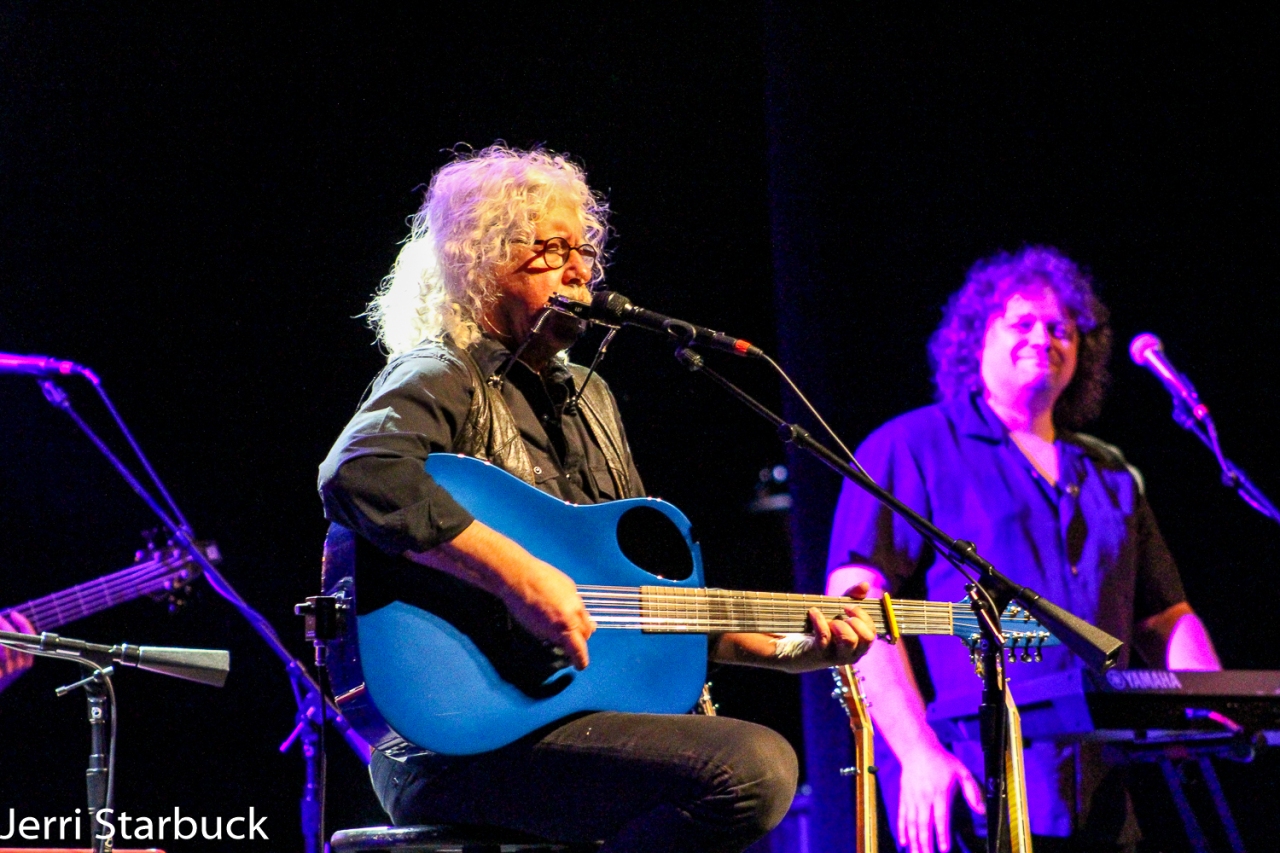 America’s favorite folk icon, Arlo Guthrie before, family,also accomplished actor, author, and photographer.Accorinding to his website, He grew up surrounded by dancers and musicians: Pete Seeger, Ronnie Gilbert, Fred Hellerman and Lee Hays (The Weavers), Leadbelly, Cisco Houston, Ramblin’ Jack Elliott, Sonny Terry and Brownie McGhee, all of whom were significant influences on Arlo’s musical. He even toured w. Pete Seeger in the 60s between Vietnam war protests. They continued to collaborate and perform together until Petes death in 2013.

The Song, The Movie, The Tour: It’s been 50 years since Alice’s Restaurant epic debut and who knew it would still be this popular?   The song (which went Platinum) came first in 1967 (then the movie in 1969) about the Old Trinity Church in Housatonic, Massachusetts, made famous by Guthrie in Alice’s RestaurantThe Alices Restaurant Massacreeis atrue story about his arrest for littering- a comical re-enactment (partially sung) of anti- establishment which is now a thanksgiving tradition for many Americans. “I didn’t think I was gonna live long enough to have to learn ‘Alice’s Restaurant’ again,” Arlo Guthrie said recently. He had to ‘make a one hour and 20 min movie out of a 6 minute song‘. He says if he survives the 2015 Anniversary Tour he’ll go fishing.

Concert: There was comic relief before he even took the stage as the video of his famous Motorcycle Song ” I don’t want a pickle / Just want to ride on my motorcycle”.  Arlo is known for his story telling as much as his singing, songwriting and activism. He still interrupts all his own songs with a story). His daughter Sarah Lee Guthrie was the night’s opener at Austin’s Long Center playing beautiful acoustic guitar with a child-like Angelic voice. His son Abe plays keyboards and sings in the band too and tours with dad.There were new songs, with presumed chords based on recently found lyrics of Woodie  Guthrie’s. There was an emotional tribute to Arlo’s wife who he sang to-she died a few years ago from health issues. There were standing ovations after every song. He still says “groovy” and 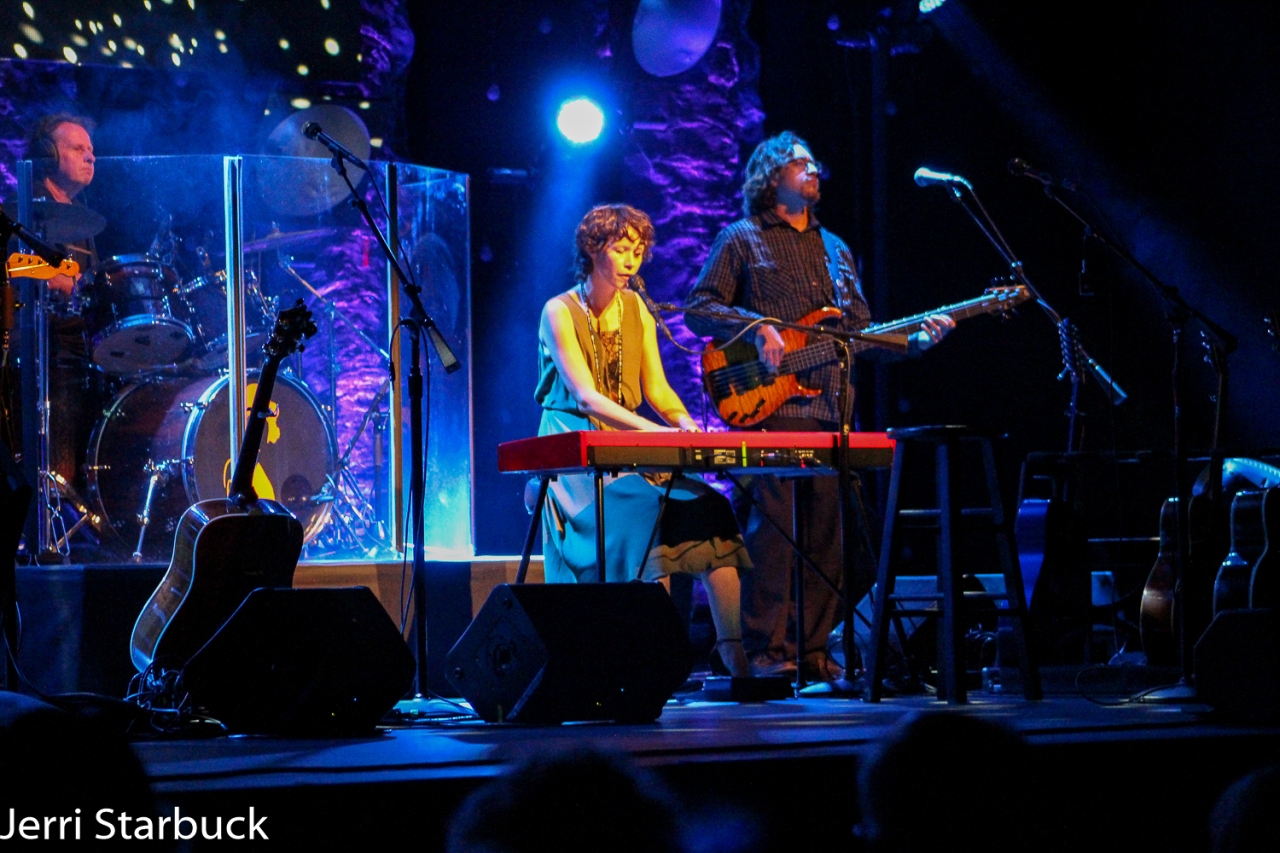 The show ended with a big concert hall rendition of the folk anthem about America & The Freedom Highway“This Land Is Your Land” (which has been covered by all the greats including Bruce Springsteen).

-story of his childhood buddy an dpartner in crime in the movie- GEOFF OUTLAW who lives in Austin for 20 yrs they stay in touch and he is at show. His next door neighbor for 20 yrs drove him and sat at show. Only a few days after the show, geoff died in his sleep at home. add photo from facebook?

The Legacy: Arlo’s (and Woody’s) music will continue to live on in his children. His family is friends with Willie Nelson’s family and their daughters play together in a great band called Folk Uke.http://www.folkuke.com/index.html  In addition, Arlo Guthrie, Rising Son Records and The Guthrie Center & Foundation are on the World Wide Web at http://www.risingsonrecords.com/ first indie label, if you like indie music, thank………..the tradition of community involvement lives on in a little town in Massachussetts where Arlo bought the old Trinity Church from the movie. The Guthrie Center  is now an interfaith church and is still home to holiday gatherings.  See the complete photo gallery from the Austin show on our Site and see his West Coast gigs this Spring. His philosophy rings true as ever and is timeless.